Why do New Atheists write such bad books about religion? 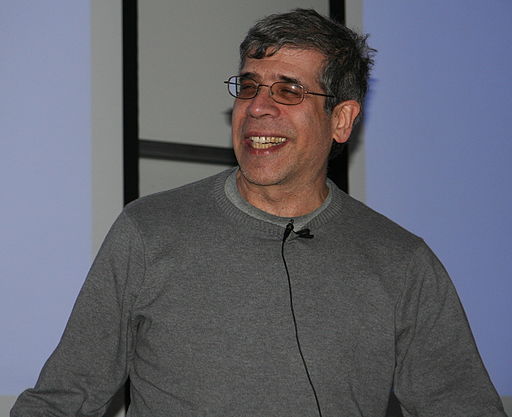 Edward Feser, a philosophy professor in California, calls Jerry Coyne’s new book, Faith Versus Fact: Why Science and Religion Are Incompatible, an “omnibus of fallacies.”

This is vintage New Atheism. One of the recurring themes in NA bibliography is the utter inability to talk about religious language in a way that is actually meaningful. Over and over and over again, Dawkins, Harris, and Coyne use the word “religion” to describe base irrationality, while at the same time stacking the deck so that any trace of reasonableness becomes evidence of how elastic and meaningless religion really is.

Feser says Coyne’s book “might be the worst book yet published in the New Atheist genre.” That’s a highly sought-after award, as Feser notes, but Coyne seems up to the challenge:

Coyne’s own method, then, is to characterize religion however he needs to in order to convict it of irrationality. Nor is “religion” the only term Coyne uses in a tendentious way. The question-begging definition is perhaps his favorite debating trick. He characterizes “faith” as “belief without—or in the face of—evidence” and repeatedly uses the term as if this is what it generally means in religious contexts. Naturally, he has no trouble showing that faith so understood is irrational. But this simply is not how faith is understood historically in Christian theology. For example, for scholastic theologians, faith is assent to something that has been revealed by God. And how do we know that God exists and really has revealed it? Those are claims for which, the theologian agrees, evidence needs to be given.

This kind of mistake would be avoided if Coyne were at least marginally conversant with theology. But theology is rubbish, a hoax, so why waste time with it? It is remarkably convenient for these writers that because theology is nonsense and we mustn’t talk about it, we should need to rely on biologists and neuroscientists to explain it, and take their word that it really is turtles all the way down.

Of course, this doesn’t matter if your main objective is to vent your spleen about how stupid religious people are, or how much better the world would be in total secularity. And that is, after all, what the entire New Atheism was about from the beginning. NA’s most glaring fault has always been a severe internal ignorance about religion. There’s no rule that says biologists can’t talk about philosophy, of course, but there is a rule that says people who don’t understand–or even totally reject–categories of thought beyond the empirical shouldn’t embarrass themselves and waste time for others.