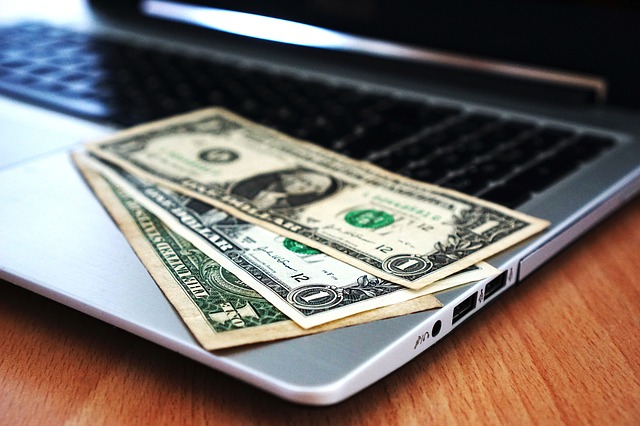 Aaron Renn is a sharp thinker and unusually clear and engaging writer. That’s why I was surprised by the recent edition of his Masculinist newsletter, titled “Flattery will get you everywhere.” In it, the normally insightful Renn stumbles over a variety of tropes and fallacies en route to making a bewilderingly bad-faith argument about American conservatism.

Renn makes his main point clear enough: some conservatives are content to feed their readers lies, because they are well-paid to do so. Other conservatives try to feed their readers the unvarnished truth, and, well, the best these writers can hope for is to pay the bills. The first type of conservative (the type that feeds lies) is exemplified by Jonah Goldberg, who in Renn’s view stands in for the “conservative establishment class.” Goldberg, Renn asserts, appears to be wealthy, in-demand, and propped up.

On the other side is The American Conservative columnist and author Rod Dreher. Despite a huge online audience, well-received books, and a powerful message, Renn says that Dreher is not nearly living as comfortably or as popularly as Goldberg. Why not? Renn answers:

…Dreher is putting out a message that religious and politically conservative leaders don’t want to hear. Pope Francis himself appears to not like the Benedict Option. Most of the Evangelical commentariat seemed to puke on it too. Both the political and religious conservative donor class don’t want to hear it either, other than those few backing TAC…

[Rod] seems to be cut off from the kinds of institutional support that would give his ideas traction in the real world and cause Christians to start mobilizing to respond to the situation in which we find ourselves. Much more than money, I suspect this is what frustrates Rod – that ideas like the Benedict Option end up institutionally marginalized and largely unimplemented.

Concluding, Renn brings the lesson home for his readers:

So, if you read a book or blog post, or listen to a sermon or podcast, and think that the argument it’s making is full of more holes than Swiss cheese, before writing a multi-part detailed refutation of it, ask yourself a couple of questions: 1. Whose position is flattering the intended audience or telling them what they want to hear, his or mine? 2. Whose position best aligns with significant institutional and financial interests, his or mine? If the other person’s work is strongly telling the audience what it wants to hear and/or serving powerful institutional and financial interests, then any factual or logical refutation is likely to be ineffective against it.

As the kids say nowadays, there’s a lot going on here. It’s worth thinking through the different claims specifically. But before I do that, I think it’s only fair to ask: Would Renn want someone like me to evaluate his arguments by the standard he advocates here? If I did that, what I would probably say is that Renn is himself compromised by the opportunities and rewards this kind of argument brings him. After all, shortly after this newsletter went live, Dreher himself featured it on his blog, something that—by Renn’s own admission—will drive thousands of readers to Renn’s newsletter, likely resulting in hundreds of new subscribers, followers, and supporters.

Renn has over 20,000 followers on Twitter. I have a little over 3,000. Renn has thousands of people who read him regularly, including influential folks like Rod. I have a very small cabal of readers, and a typical week for my blog is a few hundred hits. I doubt Rod Dreher knows who I am.

Is it reasonable, then, for me to conclude that Renn is offering this assessment of conservatism simply to curry favor with influential friends like Rod? Is it epistemologically just for me to infer that the reason Rod links to Renn instead of, say, me, is that Renn flatters him and I do not? Of course not. For me to think and especially argue this would not only be ridiculous, it would be a cynical intellectual move. It would be an especially petty kind of Bulverism. So in the end, Renn’s counsel about how to engage someone you disagree with fails obviously and immediately if you apply it back at him.

But what about his larger observations about conservatism and truth-telling? First, I think Renn is right about the difference between a conservative establishment and writers like Rod. I suspect Rod’s arguments in The Benedict Option and Live Not By Lies resonate more with audiences who bring deeply religious sentiment, and big ticket Republican conservatism has largely stopped pretending to listen to religious conservatives.

On the other hand, Renn, like most other writers I’ve seen in the past few years, seems to be confusing what floats to the top of the conservative media lake with what is truly powerful and influential in right-of-center life. Dreher may indeed be toward the margins of the professional conservative media class, but on the other hand, Donald Trump is president of the United States, and the President achieved his power in some part by parlaying a narrative about American Christianity that is far more Dreher than Goldberg.

It’s not at all obvious to me that Dreher’s Christ-against-culture messaging is ignored by conservative elites because it is too uncomfortably correct. For one thing, there is no more powerful conservative institution in the US than Fox News, and Fox is quite obviously more interested in stuff like the war on Christmas than foreign policy. It’s more likely that writers like Goldberg and David French (who has likewise been a target for criticism from Trump-sympathetic social conservatives) simply do not believe Dreher’s approach is the most helpful or more realistic one. I’m very sympathetic to the Benedict Option and to Rod’s concerns about public schools, but there are times when Rod simply loses me: as when, for example, he gives far more attention to the inner workings of woke media institutions than to issues like police brutality.

These are all topics that conservatives should be discussing and debating freely. That’s why it’s disheartening to see someone like Renn posturing as if this is a black-and-white issue, made complicated not by facts but by mercenary people. Renn is right that flattery can be a powerful intellectual aphrodisiac, but he’s wrong to suggest that only certain people are vulnerable. Donald Trump’s successful capture of a huge swath of “character matters” evangelicalism is proof positive that political adultery is not merely National Review’s besetting sin. And if suggesting otherwise gets your newsletter linked by one of the most highly trafficked blogs in the US, I think that just goes to prove the point.

5 thoughts on “On Conservative Flattery”